Swaroopa from Bhoomi College, Bangalore approached  BuDa Folklore as a part of her 2 months internship  and stayed with us in Angadibail forest and Honnavar for one and half months  and wrote her experience with  BuDa folklore

Diversity is what attracts me and one of my interests has been plants and food.  My curiosity increased when I came across people mentioning a lot about the uses of uncultivated plants/weeds during our farming module at Bhoomi college. I had seen my mom and grand-mom using some uncultivated plants for cooking and over time I had moved away from my hometown and noticed that I was forgetting whatever little bit I knew about these weeds.

So, when we were given two months of internship time at Bhoomi College I couldn’t stop myself from looking out for places where I could learn about these weeds, visit different places and meet new people. That is how I spoke to Dr.Savitha Uday (we fondly call her Savitakka), founder of BuDa Folklore and landed up at BuDa Folkore spending half the time at Honnavara and the other half at Angadibail during my internship period.

After my college days, it was the first time for me to go alone leaving behind family and friends for one and half months due to which I was a bit skeptical as to how my internship would pan out. But as soon as I reached BuDa at Honnavara I met Shanthi Nayak( we fondly call her Shantiamma), Savithakka’s mother who is a walking encyclopedia extremely passionate about her work.


Soumyakka (one of the integral members of BuDa, manages almost everything @BuDa) informed me to get ready quickly to join the river route trek, which is part of the study tour conducted for school kids by BuDa. I did not know how to react when she showed my room which was next to an in-house museum. Too many exciting moments in a short time. After making a silent promise of coming back and seeing the museum properly I left for the river route with Atmeeya whom I can call as an ecologist because of the amount of knowledge he has regarding the environment, wildlife, and many others.

This river route was basically a trail along the river Sharavathi almost from her source to destination exploring the nature, history, livelihoods of people on the way. It was a great learning experience for me as I got to see quite a few interesting plants while walking along the farms where paddy was just harvested. Small-scale Sand Mining using just a long stick and a bucket mechanism was done near a place where we camped.


Got to know the method of preparing ropes from coconut coir. Coconuts were soaked in water for at least nine months in large pits which is dug during low tide. After which the shell becomes very soft and the fibers are cleaned, beaten, dried and ropes are formed using a spinning wheel. Rope obtained after this process just fetches around Rs5-10 per meter. And I could see how this art of rope making is slowly losing its importance because of plastics.

For the upcoming study tours, I had to be in Angadibail. I visited Angadibail for the first time during the night and it was pitch dark when I reached the place. The moment I looked at the sky I felt as though I was in a natural planetarium. With no electricity, it took a while for me to adjust to the darkness.

Waking up to the call of Malabar whistling thrush, spending some time with Beera (pet dog) and Bella & Thuppa(two cats) and sleeping hearing to the sounds of insects, Beera's growling, cats jumping became a routine in Angadibail.  Preparing herbal tea and different flavors of ragi drink became my responsibility.

Got to know few lovely and talented people like Ishwaranna who takes care of almost everything at AngadiBail, Kafeel.. a traveler who has been in Angadibail for almost 8 months, GauriAkka and BabyAkka who braved to cook food on firewood regularly without whom we wouldn’t have got yummy food.


Study tours turned out to be a great exploration for me where I witnessed many things for the first time. Interacting with school children, getting to know about quite a few birds and seeing so many colorful dragonflies, learning damami dance of siddhis, setting up the vegetable patch, learning basket weaving from Ishwaranna which is made using vines, mud brick making, hiking to Yaana and Vibuthi falls which I wanted to visit for so many years, harvesting paddy which I gave up after an hour of working in the hot sun, deskinning arecanut which I had seen at my grandmom’s place but had never tried are few of them.


BuDa is creating awareness about these livelihoods among the kids, trying to bring back respect to the talent these master craftsmen possess which will help in reviving the art someday. I had the chance to interact with three groups of students of different age groups and realized how we change as we grow, how various filters and lenses automatically come in. It was interesting to observe the behaviour of children of different age groups.  I was amazed by the kind of energy kids had throughout the day, their innocence and curiosity, asking or demanding for things without fear, finding ways to have fun and of course finding new ways to bug us. 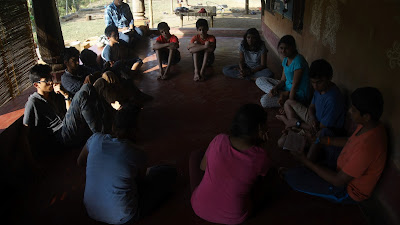 Circle time was regularly held which I had experienced for the first time only in Bhoomi.  After so many days I realized the importance of just stating our feelings and why it is so important to develop this habit among children.

Initially, when I was asked to help in the study tours I was not sure given my zero-experience working with kids. But I just went with the flow, got so involved that in some cases felt a whole lot of vacuum when the kids group left.

As part of the storytelling project taken up by BuDa, I got a chance to visit the government school of AngadiBail where the classroom was decorated with beautiful drawings made by kids. It raised few questions about the current education system. But felt good when I saw BuDa is working on forming a learning space involving local people, trying to revive the folklore stories by making a connection between the local tribes and the school children of the government school. I enjoyed listening to Padmavathi Akka from Halakki tribe narrating the story in her own style and it was interesting to see how kids had tried to illustrate the stories. Idea was to make the kids come up with their own storybooks and reinstall the fact that their culture & language is no less compared to any other modern cultures or languages like English.

I was cut off from the external world as there was no electricity and no network apart from a single BSNL mobile that was used by everyone. I realized how this whole concept of connecting with people through modern ways of communication is reducing the quality time we have, as in Angadibail I could feel time expanding and the amount of distraction was so less which made us focus on things to be done result of which the need for hurrying reduced. I visited few neighbor’s house to learn about plants and recipes and could notice instant warmth, none of them gave a second thought to invite me home even though I was a total stranger.


One more thing I noticed was how trust plays a major role in boosting one’s confidence and even allows the freedom to experiment. This I realized when Savithakka gave me the task of making AkkiRottis/Ukkarisidha rotti. I was so touched with the outcome as many people joined hands in the preparing rottis and on the last day even few kids joined in. 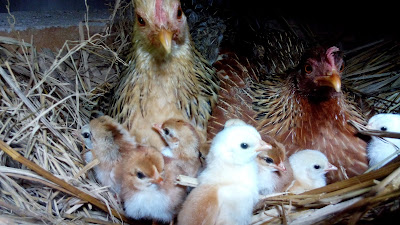 One more thing I noticed is the idea of sustainability with respect to ecology being practiced in most of the cases and the way Savithakka has come up with different initiatives to make BuDa financially sustainable also. It was very inspiring to hear Savithakka’s journey about BudaFolklore, challenges she faced and the resilience shown throughout. During my stay at AngadiBail I was lucky to meet and interact with Bhargavi S. Rao, Anthara Mukerjee, Sukta and Daawid.


The other half of my internship was spent in Honnavara. I am fortunate to have got the opportunity to spend time with Shanthiamma and Savithakka’s father Dr.N.R Nayak who have worked for more than three decades in researching and documenting folklore knowledge of Uttara Kannada region. I was amazed looking at the energy levels of both and it helped me find out how much I was lagging. I cherish spending time watching sunrise daily overlooking sharavathi river joining the sea and the short-spanned interactions I had with Savithakka’s father.

Shantiamma’s knowledge about plants is never ending and it keeps expanding even to this day. The way she used to notice all the small nuances in plants which she used to explain with so much interest was a treat to watch. Every day was a learning for me. We used to speak about recipes, medicinal values, uses of different plants and quick home remedies when we used cook and eat together. I got to see and learn about lot of plants present in the house garden which is almost like a mini forest. Anyone who speaks to Shantiamma can literally feel that nature is so abundant. Shantiamma has documented so many traditional recipes and there is a separate book on Tambuli (buttermilk/coconut milk-based drink) which is a large collection of recipes of varieties of Tambuli. I even got an exposure to the variety of tubers present.
Got the opportunity to translate a Kannada book written by Shantiamma about plants.


It was fascinating to know interesting facts about plants for example Haade Balli from which jelly could be prepared, Jummana Mara whose bark looked like crocodile skin, varieties of Cassava, sea bean which comes with an interesting history and so on..  It was surprising to see that information about most of the weeds are already available on the internet, all one needs to know is the botanical name and we get to know the entire use with business value. 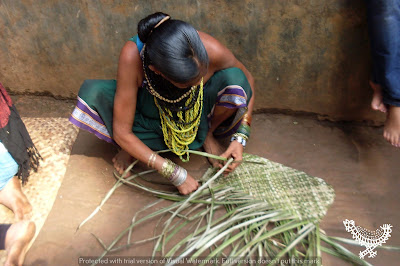