Sukri Bommu Gowda -who I fondly call  Sukrajji.a great  inspiration for my interest in halakki tribe.She is from my grandparents village called Badgeri in Ankola and has known me since i was a child . She  scolds me when I don’t comb my hair;she  sits me down ,oils  and braid my thin hair and ties the end with banana fiber. 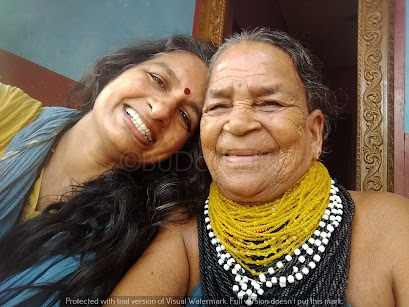 My parents and i share a very unique relationship with Sukrajji.For the world she is a singer and an activist

but for me ,she is just my old sukrajji who warmly holds me and asks "how is amma and appa?"Meeting her is like going back to  my roots

She told me many stories ......  She has  a story for every plant. She sings songs of the soil .She is  spontaneous , she is confident, She is simple, she is the living  wisdom of the tribe  And now she has been selected for India's fourth highest civilian honour- the Padmashree.

I remember in 2006 she came to Bangalore with me to my school in a bare foot without asking what is that she has to do there for 15 days. Sukrajji walked bare feet while going in the forest and she came to Bangalore with barefoot.  When people ask doesn’t she feel discomfort? she asks them will it be more discomfort when you walk with your footwear without feeling the earth under your feet ..? such simple truth of life . 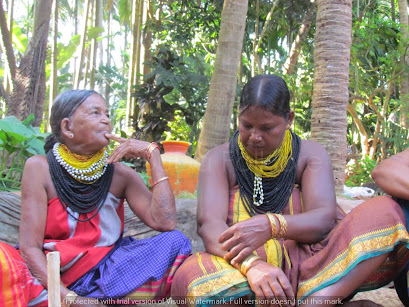 I fondly remember her stories she narrated to me about  the 5 magical stones, princes with golden hair, the stone crab who turns into princess. I was more inclined to her epic stories and songs of Ramayana and Mahabharata .How the tree frog turned into Mandodhari and became Ravana’s wife, She told me a story of Sita (seete kami) and how Laxman wins Sita by killing the wild crow (ಕಾಮಂಡಲ ಕಾಗೆ )...She said It is not Rama‘s story ....It is Sita’s story .. many myths were broken....

Sukrajji  won many awards. Her house is filled with hundreds of awards and framed certificates and momentum . But Sukrajji's life is not changed .She herself gets firwood  to light the choola .She  herself says  what will i do with these  awards and certificates ..she has to spend extra money to keep her awards in the cupboard ..  For me  still Sukrajji is just my old Sukrajji . 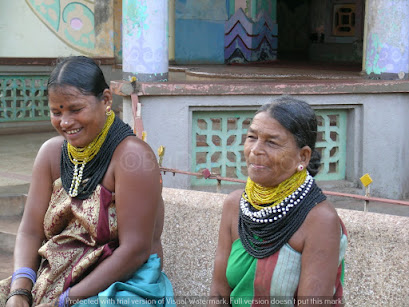 Three generations of relationship with Sukrajji  is very special  for us in many ways. . She would come to our house often.  ...This is totally different journey for me with Sukrajji. This gave me deep insight of her life experiences and it is privilege to share with you here

My father recalls when he first met sukrajji in 1969-70 .He was documenting oral songs from halakki tribe. He met 60 years old  Baleendra gouda and shivi gouda (Sukrajji’s sister in law ) who were the treasure trove of rich oral heritage of halakki tribe . sukrajji may be 20 -25 years old at that time. He recalls she was sitting beside Shivi and said I also know songs shall I sing ? appa ignored her because she was too young to collect songs from her .. He says when she insisted he took one song from her .

My mother has a special relationship with Sukrajji . She told me walking with Sukrajji in the forest is like you are walking with flora and fauna of western ghat forest . Many people don’t know Sukrajji’s this part of wisdom.  Sukrajji values and respects each and every plant which she encountered in her daily life . The entire forest comes alive when you walk with Sukrajji  .Sukrajji says every life has its identity. They came on this earth with purpose. There is nothing like useful and not useful

She held a wild grass and said this is called gubbi hullu  (ಗುಬ್ಬಿ ಹುಲ್ಲು )  the immediate next question from me is what is the use of this wild grass she smiles and she says  first observe them,  recognise them ,then you will understand them. Yes each plant has got its identity it may not be useful for me but useful for someone else .

My mother recalls when she went for a walk in a small forest near our house in Honnavar town they came back with machle soppu,(ಮಚಲೆ ಸೊಪ್ಪು ) bhandari soppu,(ಭಂಡಾರಿ ಸೊಪ್ಪು ) jangali gadde (ಜಾಂಗಳಿ  ಗಡ್ಡೆ ) , najina gadde (ನಂಜಿನ  ಗಡ್ಡೆ ),Kavali gende (ಕಾವಲಿ  ಗೆಂಡೆ )  which my mother seen first time though she has documented hundreds of these kind of plants with tribes. sukrajji introduced these plants and tubers to my mother first time

How sukrajji got interested in these forest plants is very interesting and it has come from her childhood itself. When she was 10 years old her job was getting soppu /greens to spread on the floors of cowshed. She always carried a cane basket (ಚೂಳಿ  ಮುಟ್ಟಿ  )and a knife (ಕತ್ತಿ ) with her. She became friends with leaves and grass on her way to the forest. She started recognizing those greens she needs to bring to make a bed for the cows.. Chirkla (,ಚಿರಕ್ಲ ) halcheri, (ಹಳ್ಚೇರಿ) saagade,(ಸಾಗಡೆ ) kuchmaale,(ಕುಚ್ಮಾಲೆ ) ekanayaka,(ಏಕನಾಯಕ)  adkoli (ಆಡ್ಕೋಳಿ )like she stared recognising hundreds of greens on her way from her childhood  .

she says stories about how pandavas brought agriculture in this western ghat region ..She says by breaking boulders and hard rocks, they made a way to water to flow  and they dug wells to feed banana plantations.On her walk sukrajji recognises many plants which are associated with Pandavas and she gives interesting stories for these plants. 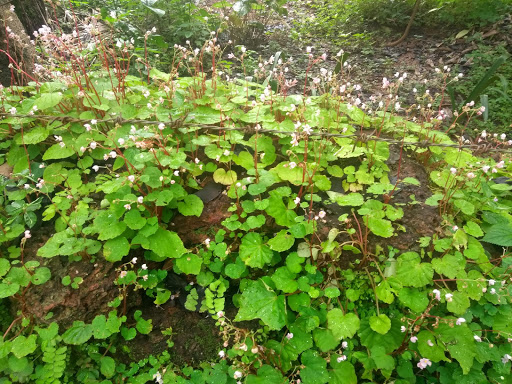 Sukrajji  gave a beautiful story of this pandavara pachche (ಪಾಂಡವರ ಪಚ್ಚೆ )which has got beautiful tiny  pink flowers.  She tells when this plant started following pandavas when they set for vanavasa  they stopped her on the way on a rocky path (Laterite rocks ) and asked her to stay on these rocks and not to follow them  .. interestingly these pandavara pachche grows only on rocks in the monsoons on western ghat forests   .

I remember when I spotted fox tail orchid in the forest Sukrajji told me this is called seete dande(ಸೀತೆ ದಂಡೆ ) there is one more of this kind that is called droupadi dande.(ದ್ರೌಪದಿ ದಂಡೆ ) She explained the difference beautifully .Though they look the same seete dande (ಸೀತೆ ದಂಡೆ )is more beautiful with longer fall  and more densely covered with flowers  compare to droupadi dande (ದ್ರೌಪದಿ ದಂಡೆ ). droupadi's garland is really small and the flowers are not closely held

Sukrajji has a story for this. Draupadi had five  husbands so she never got time to string flowers elaborately So her mala is done in a hurried manner so they are small and with scattered flowers.  But seete had lot of time to string the flowers. So she made her dande /garland  longer and densely tied with more flowers .  The stories from the tribe is always weaved with close observation and deeper connection with the nature (photos of fox tail orchid is from the internet )

Ambu goli the name itself describe the grass .ambu ಅಂಬು means arrow in kannada  . The flowering shoots of this grass looks like an arrow. and Sukrjji warns “don’t think this grass is innocent ..take care of your langotis (ಕಚ್ಚೆ)  and sarees when you  go near to them.  I like the way how she personifies the plants into character.  She smiles and says they will hang on you ( to your cloths )and  they reach your village and your home too. She describes the character of this grass beautifully by saying “ ಬಣ್ಣ ತೊಟ್ಟವರನ್ನೂ ಬಿಡ ಚಿನ್ನ ತೊಟ್ಟವರನ್ನು ಬಿಡ -it won’t discriminate poor or rich ,well dressed or poorly dressed it will hang on you ) This kind of depth can come only when you have the deep connection with the nature and the close observation and little bit of creativity and humour

gubbi hullu ಗುಬ್ಬಿ ಹುಲ್ಲು  –Gubbi in Kannada  is Sparrow-and  the grass has got something to do with sparrows . Sukrajji smiles and says  this grass grows for the sparrows and not for us !!  The sparrow will build its nest only from this grass.

Sukrajji’s wisdom  of ecology has not came from schooling or  books  This came from the ages of observations , a deep rooted connection with the wilderness and passed  down from generations. Now unfortunately  The huge  gap got created for new generation .They moved from  real life experience to virtual experience

The local diversity in the form of rich oral heritage is getting lost. What we are going to lose is enormous. Each region has its own local wisdom ,its own culture weaved with its ecosystem. May be each region had Sukrajji whom we never recognised . 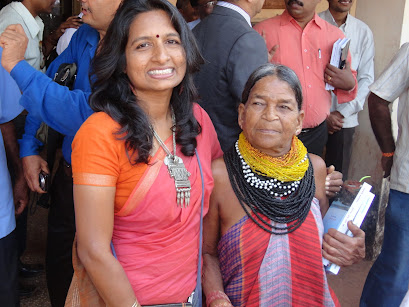 Sukrajji is recognised as a singer or an activist in the main stream world. She is the one who brought into the light -the halakki tribe . The existence of Halakii tribe came into light only because of Sukrajji 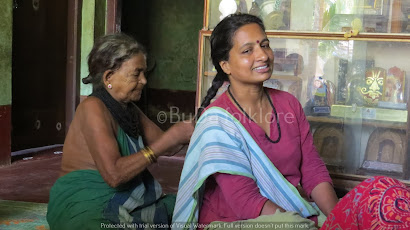 Unfortunately no one recognised Sukrajji as a treasure trove of flora and fauna of Uttara Kannada . Her stories, songs, proverbs, anecdotes related to plant wisdom is nowhere documented. Her interpretations about the tribe and the origins are not documented. Her version of Ramayana and Mahabharata was never heard.

With her age her voice is slowly deteriorating. She is not able to recall her lost songs and stories like earlier. Slowly the wisdom of this tribe of this region is fade away with the time and Sukrajji’s shaky voice will say what we really lost. 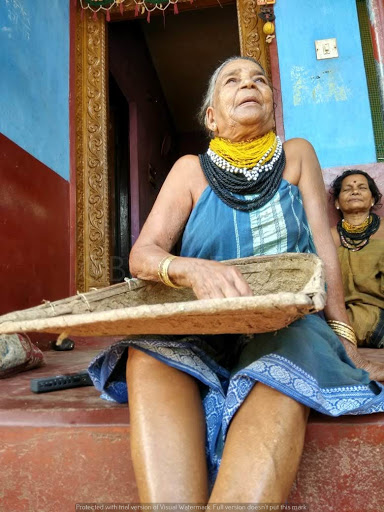